Valentine’s Day is almost here.  A great time to treat yourself to a a taste of romantic fiction.  So if you’re looking something that has a great story and unforgettable characters and if you enjoy drama with your romance then there are a trio of great books just waiting for you. Over the next three days I’ll  be showcasing them all. Today it’s the turn of Summer Moved On , part one of my South Devon Duo 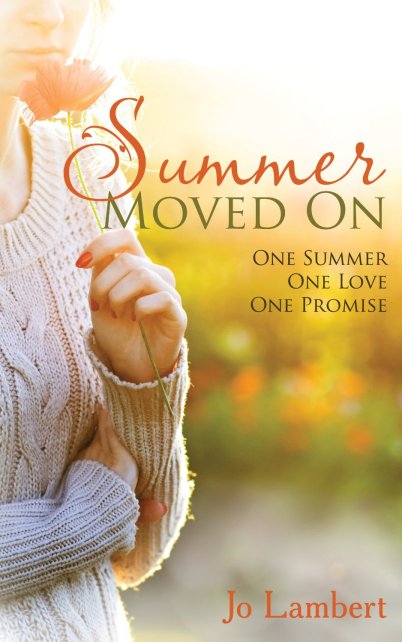 Jess Hayden is a girl who seems to have it all. Currently studying for ‘A’ levels, she lives in middle class suburbia with father Leo and stepmother Amber.  But behind closed doors life isn’t as idyllic it seems. Leo is a hard taskmaster and Jess never seems to be able to do anything right.  Feeling Leo is too harsh with his daughter, Amber is always there for Jess acting as a barrier against all her father’s negativity.

Leo’s younger brother Rufus takes Leo, Jess and her boyfriend Zac to visit a pub he has just bought in the nearby village of Lynbrook. As they are leaving a local farmer, George Selby arrives and is intoduced but it’s his companion who takes all of Jess’s attention.  Dishevelled, unkempt and undeniably attractive, a Lothario reputation he apparently strives to live up to and Devil may care attitude, Talún Hansen is absolutely the kind of man Jess should steer clear of.  Given her reaction to him it’s just as well they won’t be meeting again.

Leo is unhappy at home and shares his feelings with young barmaid Lily in The Golden Hind where he eats lunch every day.  When she saves him from a mugging he hands her his business card and tells her to contact him if ever she’s in trouble.

When Lily turns up on their doorstep in tears saying she’s run away from an abusive partner, Leo automatically invites her to stay.  It’s not long before he is treating her like a second daughter, making Jess’s life even more miserable as he continues to draw attention to her shortcomings.  Leo’s generosity enables Lily to reinvent herself into a sleek fashionable young woman, but she is far from being the innocent she appears. Not only does she continually flirt with Leo, she’s soon set her sights on Jess’s boyfriend Zac.  Zac has few moral scruples when it comes to women (something Jess is totally unaware of) and Lily is far too much temptation.  It’s not long before Jess discovers what’s been going on resulting in an explosive argument between her and Lily.  But there is worse to come because Leo has told Lily family secrets that even Amber and Jess know nothing of.  And during their argument Lily reveals the most damaging one of all – a revelation which will bring huge changes to all their lives.

A besotted Leo, feeling betrayed on hearing about Lily’s involvement with Zac tells her to leave. Unable to live with her husband any longer Amber begins divorce proceedings. Jess relocates to Lynbrook to live with Rufus and a very different future. One which will ultimately bring her back into contact with Talún once more.

And if you think you’ve seen the last of Lily…

The location and characters are superbly drawn and Jo Lambert certainly knows how to tell a story.  Amazon reader

Flaming June? Yes it was…

I can’t believe the time has gone so quickly. It feels as if May and June are part of the same month. And now, here we are almost at the end of the first half of 2022. I feel I’ve blinked and missed something, but not quite sure what. Mid-month we’ve been away again, back […]

ANOTHER MONTH: REFLECTIONS,CELEBRATIONS AND HOLIDAYS WITH SOME READING IN BETWEEN…

May is my special month. One for celebration. I gain another year. Since last years it’s also a little sad. In May 2021, I unexpectedly lost one of my best friends.  It made me pause and remember how we first met when her husband’s job moved them from Southampton to Wiltshire. She came to work […]

Here we are, once again, saying goodbye to yet another month. We are now a third of the way through 2022. Where has the time gone? On the writing front, I’ve had a complete overhaul of my writing timetable.  I had planned to have my ms ready for editing by the time we go away […]